back to search results

The cheetah (Acinonyx jubatus) is a large cat of the subfamily Felinae that occurs in North, Southern and East Africa, and a few localities in Iran. It inhabits a variety of mostly arid habitats like dry forests, scrub forests, and savannahs. The species is IUCN Red Listed as Vulnerable, as it suffered a substantial decline in its historic range in the 20th century due to habitat loss, poaching for the illegal pet trade, and conflict with humans.
It is a carnivore and preys mainly upon antelopes.
Cheetah can run faster than any other land animal— as fast as 112 to 120 km/h (70 to 75 mph) in short bursts covering distances up to 500m and has the ability to accelerate from 0 to 100 km/h in three seconds. 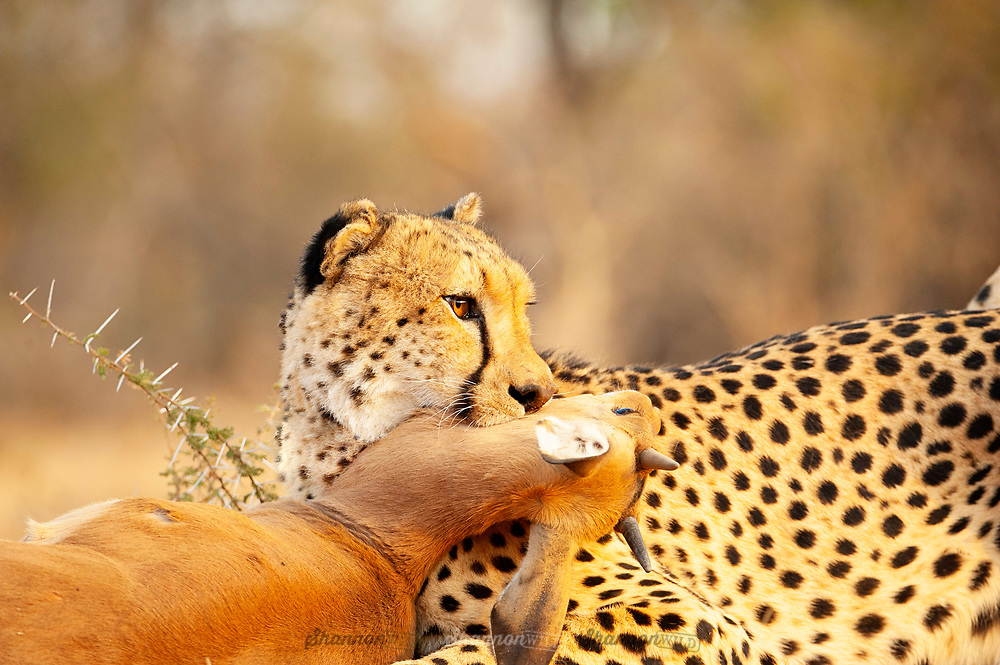