The experience still leaves me with so many questions. After spending several hours with a troop of baboons I was able to gradually sit closer and closer without disturbing them. After a while I was within a couple of meters as little ones played and adults foraged. As I sat in the shade near this lone male he barely opened his eyes at me. He seemed so peaceful and yet at the same time defeated.
Was he a former high ranking member of the troop and now relegated to the outskirts? His scars seem to suggest this is the case but I'll never know. Instead I have this image to ponder what exactly he may have been pondering. 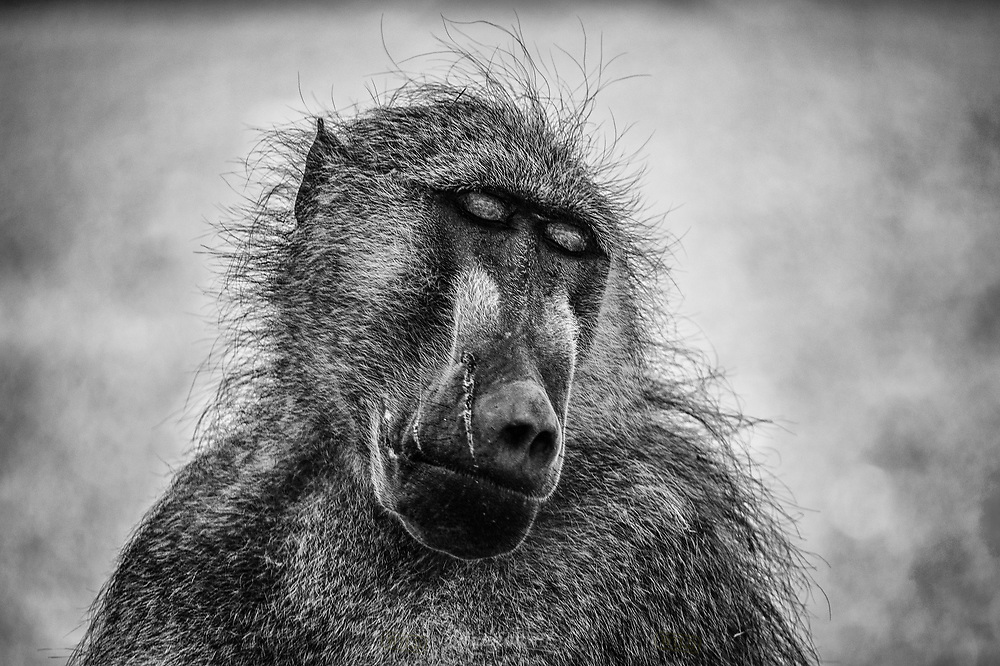