As a passionate reptile lover, witnessing this scene was a huge treat for me! As the largest chameleon in Madagascar, the aptly named Giant Malagasy Chameleon cautiously crossed a dirt road in a famous part of Madagascar known as Avenue of the Baobabs. I laid down on the road to get down to its level and it watched me intently.

I used a wide-angle lens to include as much of the environment as possible, given the grand location. As Madagascar's largest chameleon species, growing up to 27 inches (including its tail), this lizard is impressive, but of course is dwarfed by the formidable trees, known locally as ‘renala’ which is Malagasy for ‘mother of the forest’. Some reach almost 100 feet tall.

After getting a few shots that tried to capture the wonder and scale of the environment I scooped up the chameleon and put it on the other side of the road as carts filled with produce and 4-wheel drives filled with tourists zoomed by. 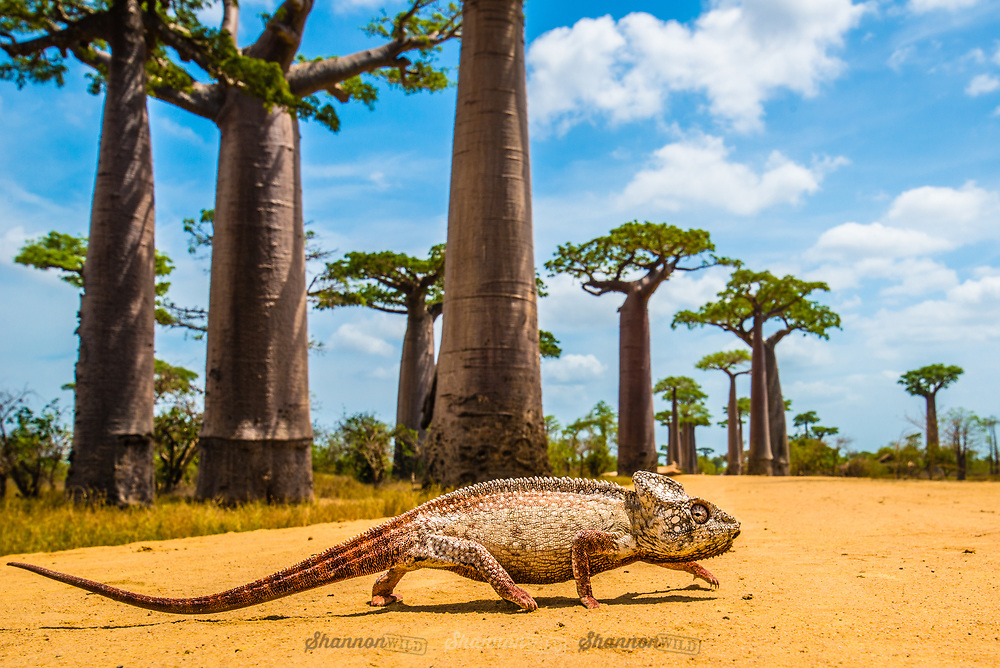